What Is The Best Diet for R.A.? (Rheumatoid Arthritis)

Rheumatoid arthritis (RA) is chronic autoimmune disease that primarily affects the joints. RA affects about 1% of the adult population and is 2 to 3 times more common in women than in men. It is characterized by symmetrical joint pain, swelling, morning stiffness, and progressive joint destruction leading to deformities, usually of the fingers, wrists, and feet. The exact cause of RA is unknown, but genetics, changes in the gut bacteria, increased permeability of the gut (leaky gut), and food sensitivities are factors that may cause or aggravate the disease.
Conventional medical treatment of RA usually involves a combination of drugs that modify disease progression, anti-inflammatory medications, and lifestyle factors, such as smoking cessation, rest, weight loss and prescribed exercise. If you have RA it is probably a good idea to start conventional medications to prevent deformity and loss of function of the joints, at least initially.
One area that conventional doctors often fail to neglect in the treatment of RA is: Diet. Diet is probably the most important aspect of treatment because RA can oftentimes be ameliorated with proper diet. If one is eating food that causes persistent inflammation, joint pain, and destruction of their joints, the most commonsensical option is to remove those foods completely from the diet and replace them with foods that do the opposite, right?
So, what exactly is the best diet for RA? First, we need to figure out the offending foods and remove them. We do this by placing patients on an elimination/re-challenge diet, excluding foods that are common triggers, including dairy, soy, wheat, corn, meats, oats, rye, eggs, citrus fruits, potatoes, tomatoes, nuts, and coffee. After 2-4 weeks on this diet, if symptoms have improved or disappeared, patients start introducing eliminated foods one at a time, every other day. If any foods are associated with joint pain or other symptoms, they are eliminated and re-challenged 2 weeks later. If no symptoms are noticed that food can be kept in the diet.
In addition to eliminating offending foods, we want to add in foods and supplements that are dense with fiber, vitamins, minerals, and antioxidants, which are protective against RA1. We also want to minimize vegetable oils that are high in inflammatory omega-6 fatty acids while increasing less inflammatory GLA and omega-3 fatty acids, that have been found to be effective for reducing the symptoms of RA2.
Certain probiotics that have been shown to reduce inflammation in RA, should be added to the treatment regimen to modify the microbiota of the GI tract3. While repopulating the gut with probiotics it is essential that the patient eat lots of fruits and vegetables for fiber, which feeds the probiotic bacteria, that in turn feeds and heals a leaky gut.
As the ancient physician Maimonides said about 1000 years ago, “any illness that can be treated by diet alone should be treated by no other means.” With that being said, diet should always be considered as first-line therapy or a first-line co-treament for rheumatoid arthritis.
If you are experiencing symptoms of rheumatoid arthritis, please, come and speak with us so we can guide you in the right direction. Our practitioners are passionate about health and have a great combined knowledge and experience in helping those with this sort of chronic illness.
Dr. Barry Burris 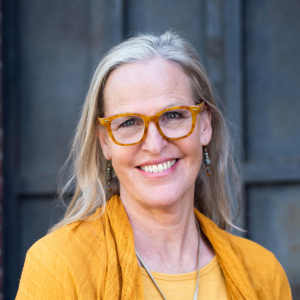 Born and raised in Auburn, California. Dr. Heidi Hook is a 1996 graduate of Bastyr University and is the owner of Auburn Naturopathic Medicine. Her practice focuses mainly on discovering the underlying causes of illness that is specific for each person.

Born and raised in Auburn, California. Dr. Heidi Hook is a 1996 graduate of Bastyr University and is the owner of Auburn Naturopathic Medicine. Her practice focuses mainly on discovering the underlying causes of illness that is specific for each person.

Get the latest health news from our doctors delivered directly to your inbox.

Get Exclusive Hand Picked Products From Our Clinic to Your Cupboard

We’ve hand picked the best products we could find for ourselves, our families, and our patients. Now we’ve made them available to you too. Don’t let another doctor tell you “you’re fine” when you know you’re not. Instead, work with a doctor who will dig deep to find the root cause of your problem, so you can get busy living again.

Learn more about working with us.

Get a Wellness Plan

Get Your Health Back